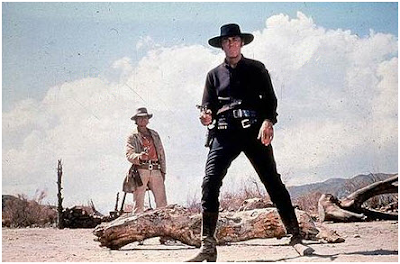 Unknown said…
Excellent post, Lee! I believe that you are right that this enabling of users is our future and it is our responsibility to implement so that they get a safety net as much as possible.
August 21, 2009 at 11:54 AM

Lee Richardson said…
Thank you both for the nice words! 21apps.com is exactly the type of blog I've been missing. Does anyone know any other quality focused SharePoint blogs I should be following? Recently I've been feeling like 'proper' development in SharePoint is an oxymoron. For instance dotnetkicks users seems to shun SharePoint articles. But maybe I've been looking in the wrong places.
August 22, 2009 at 6:08 PM

Keith Dahlby said…
I don't think it's necessarily that the various .NET aggregators "shun" SharePoint, but rather that the SharePoint community just does not to use them as much. In part because so much of knowing SharePoint falls outside of standard .NET dev, and in part because there are just fewer of us (both authors and readers). Personally, I'm much more inclined to ask Google or check @jthake's Diigo links for content that didn't pass through my reader.

Tom said…
Your third to last paragraph says it all. Taking the time to write good SharePoint code will save time in the long run. Adapting to a complex server solution hosting your app is no more an excuse for writing quality code than learning the Windows API was.
August 24, 2009 at 9:59 AM

Russell Giddings said…
I think Keith summed it up perfectly when he said "most SharePoint developers are in over their head and just want any solution to the problem at hand".

And this is the pain that a developer that understands and wants to do things the correct way has to cope with. Unfortunately, it seem like most SharePoint developers out in the field don't seem to fall in to this category.
August 24, 2009 at 4:14 PM

Anonymous said…
"So what is a Type-A, quality minded software developer to do?"

I would never want to work at a place that uses Sharepoint for anything other than stupid document storage and excel workbooking.
August 25, 2009 at 9:13 AM

Anonymous said…
This comment has been removed by a blog administrator.
August 27, 2009 at 4:07 AM

Andy said…
SharePoint is like a scammer ebay auction, you bid on new plasma and when it arrives its cardboard box with sock puppets inside
February 25, 2010 at 4:48 AM