on August 15, 2013
Ever had to do planning poker with remote team-members? 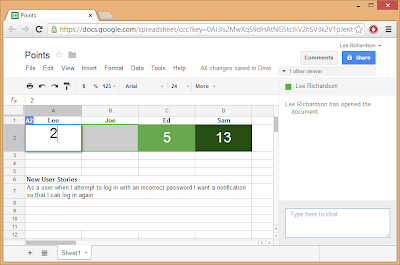 Unknown said…
I was wondering if you had a template for this as would like to use it in my next planning meeting. I'm going to have a play now anyway. I agree it's a great idea.
January 20, 2015 at 7:11 PM