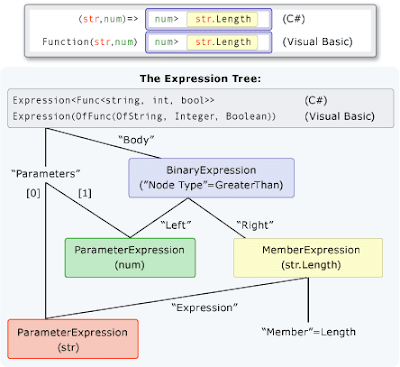 sirrocco said…
To me , that has almost NOTHING to do with NHibernate.

Anonymous said…
Of course, LINQ to SQL has the huge disadvantage of only working with SQL Server. One of the advantages of O/R mappers is database independence, and you give that up with LINQ to SQL.

I always write a unit test for queries against the O/R mapper we're using (Wilson with a custom wrapper) to avoid runtime errors.
March 28, 2008 at 6:57 AM

Unknown said…
@anon You might want to check out the beta of LightSpeed 2.0 which includes LINQ support (and therefore LINQ support of Oracle, PostgreSQL, MySQL, SQLite and, of course, SQL Server).

Unknown said…
As dotstop said, this has barely anything to do with NHibernate.

Combine those with the LinqToNHibernate project, or the Rhino.Commons additions and you're onto a type-safe winner.
March 28, 2008 at 8:15 AM

Anonymous said…
We at EntitySpaces are pretty on par with LINQ as far as our DynamicQuery API goes, check it out... I'm not trying to spam, just showing you that LINQ is not the only way, or even the first, nor does it go half the places where we do.

That's a rather sweepingly broad statement to make with absolutely zero supporting statements to back it up.
April 16, 2008 at 2:33 PM

Anonymous said…
I'm essentially an ms guy, using.net since pre-release. For the last year or so I've been using java as I wanted to add some more strings to my bow. The java projects I have worked on tend to use spring and hibernate and for java it works really well. Spring has a HibernateDaoSupport class which gives you basic crud methods out of the box. No need to write anything sqlesque, whether strongly typed or not. Sure, you have to dive into hql or sql if you have anything complex or unusual to do.

Anyways, I felt with 3.5 it was time to check out linq and I'm porting one of my java apps to c#. There is an inheritance hierachy which uses multiple tables. Its a reasonable use of inheritance. Multiple tables is the best way to model it in the database. Using linq I cant do this. Single table inheritance is not the way to model this sort of inheritance and feels like a fudge. I am a great fan of .net, but if ms are going to go to the bother of integrating query functionality into the language they need to get this addressed. And throw in crud for single entites and collections out of the box too. I'm thinking of using nHibernate instead now.
June 26, 2008 at 4:43 PM