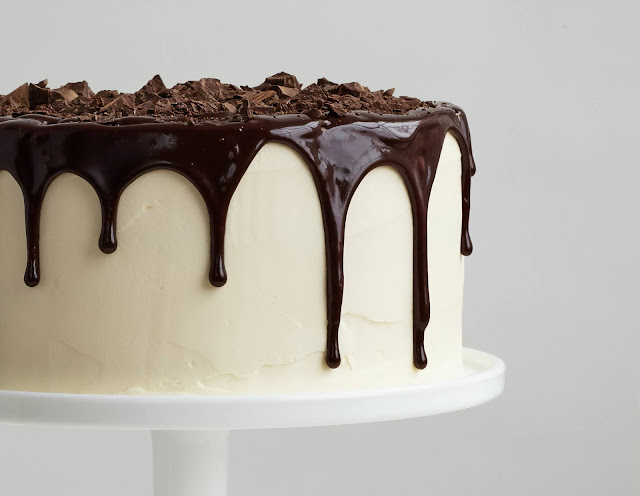 This week Cake V1.0 was released and with it: an upgrade to Frosting, a more robust technique for writing DevOps in a language the whole team can understand.  The timing is fantastic, because last week I just posted The One Thing I Wish I'd Known Before Using Cake, in which I warned of uncontrolled growth of the more traditional build.cake file.  The solution I offered there still stands, however Cake Frosting offers an even better solution for modularity, encapsulation and maintainability.  And the tooling is better too, if you're ready to accept some tradeoffs.

Cake Frosting is one of four Cake "Runners", which are ways of running Cake and gaining access to it's vast plugin ecosystem and it's "Dependency Management" pattern whereby you define tasks and their dependencies rather than running C# code linearly.  The four options are:

The first three runners require building in a DSL, a domain specific language, created by the Cake team to remove unnecessary C# chrome and make your C# DevOps code concise and pretty.

That last runner allows you to abandon the traditional Cake DSL and instead write DevOps inside a .NET Console App with the addition of a Cake context and some custom attributes.

Granted I threw in some unnecessary asynchronicity to show it's support, but that still looks far more verbose by comparison.  That's the big downside.

However, in exchange for that verbosity you get C# classes with all of the modularity, encapsulation, and maintainability that infers.  Furthermore, it's strongly typed, so unlike with the DSL if you mistype a variable, method, or alias, the tooling reliably tells you before you compile, let alone before you run.  And Intellisense works reliably.  Even better, you get refactorings and static analysis and maybe ReSharper if you're into that kind of thing.

Lastly: check out line 5 where it's got strongly typed dependency management.  So not only will the Cake runner ensure when you run BuildTask, that CleanTask and any of it's dependencies are run (and only run once), but it will give a compiler error if CleanTask is renamed.

The Frosting setup documentation is fairly straight forward, but here's a quick recap:

2. Go to an empty folder and create a project based on the Frosting template from above

3. Run it with either the PowerShell or Bash bootstrapper 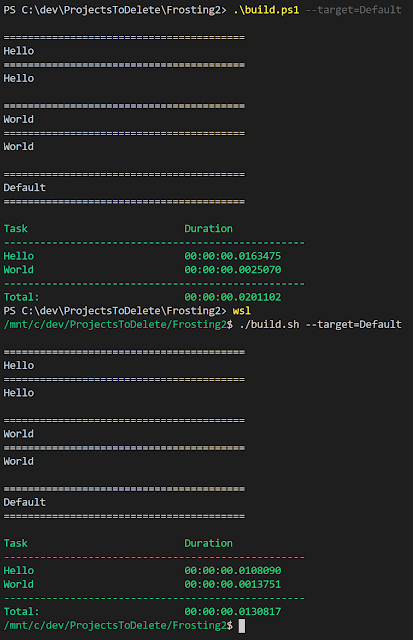 If you investigate the generated files you'll see the two bootstrappers, and a /build folder with a .csproj and a Program.cs file. 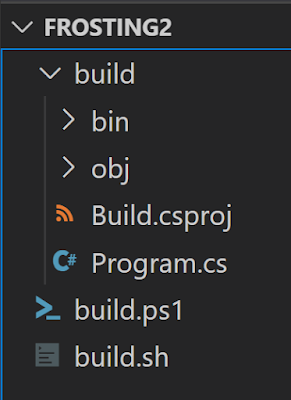 The Program.cs is the equivalent of Cake's traditional build.cake file, except with extra code for setting up a BuildContext object. 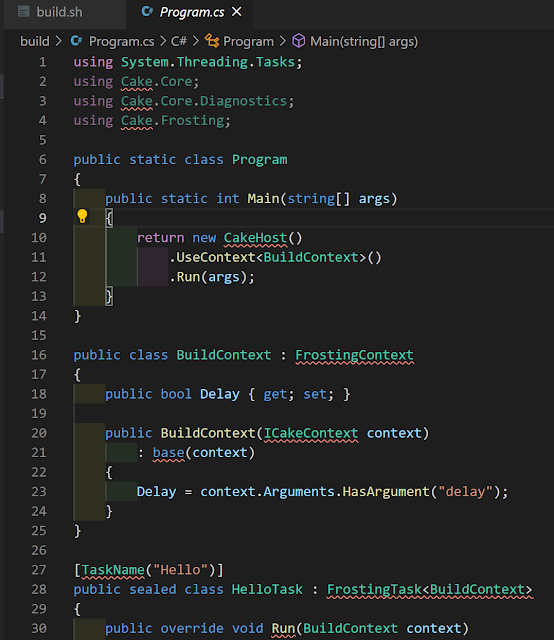 If you're coming from the Cake DSL world then you'll need to be prepared to make some adjustments in how you code.

All aliases in the DSL world are actually extension methods off of the context object.  Thus in Frosting you'll need to know the namespace and have access to a context object.

If you're used to the convenience of Cake's ConvertableDirectories and ConvertableFiles where you can just concatenate Files and Directories together like:

Then sadly you'll finding Frosting much more verbose.  It requires saving those objects in the constructor of the Context object.

The convenience may or may not be worth the inconvenience.

Fortunately some things are nearly as simple.  With the DSL accessing plugins was a directive at the top of the file:

The Frosting alternative is to just reference the project via NuGet.

And tools are only slightly more complicated, requiring a call to InstallTool in Main():

I'm a big fan of Frosting, however the tradeoff should be clear by now.  Code is more verbose and many conveniences like aliases and directories are less convenient.  But the strongly typed, maintainable code you'll get back is probably worth it, especially on larger projects.  And more importantly two years into your project you definitely won't accidentally end up with a 2000 line build.cake file.  And that, my friends, is golden.