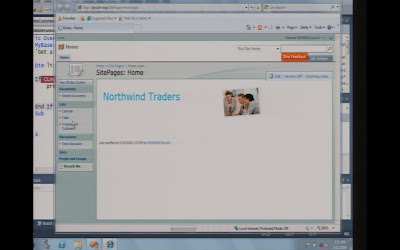 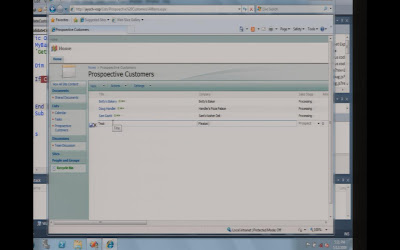 John said…
oruamid, sharepoint designer is based off expression web, so i believe it will be kept seperate.
May 20, 2009 at 6:41 AM

Dainish Hingwe said…
Yes, sharepoint 2010 is coming up with some exciting feature. But I am surprised to know that it will work on windows 2008 sever only with 64-with bit machine.
Hey guy,Now, do we need to upgrade our development environment as well from 32-bit machine to 64-bit machine?
May 31, 2009 at 10:09 AM

Anonymous said…
This doesn't make things look comfortable. For those clients who have heavily invested in MOSS in the past year on a 32-bit env would not be comfortable migrating to a 64-bit now. Migration in a 1-2 yr span doesn't seem to be a good approach. This may lead to other options being tapped for further projects. Not a good idea, MS should atleast carry the 32-bit for another year or two.
As for the look-n-feel, I have seen the CA GUI and it doesn't mark a big difference except that of the ribbon based Office types.
The features are what I am looking ahead at, very promising and ever expected.
June 16, 2009 at 12:52 PM

Simeon Lobo said…
Unless, of course, your 32-bit development processors support hardware virtualisation extensions. Though this is only proposed as a work-around, there is no doubt that an upgrade to SharePoint 2010 requires upfront investment apart from the obvious software licensing costs. It will interesting to monitor the uptake of the new platform when it is released.