While the Garmin Forerunner leveled up my running, I can honestly say the Garmin Vivofit (a Fitbit competitor) changed my life.

So shouldn't a Microsoft Band 2, with well over twice the number of sensors of both Garmin devices combined be twice as disruptive?  One can dream. 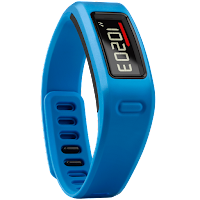 Prior to the Vivofit I would exercise once, maybe twice a week.  Often as not I'd skip entirely.  After a 40-50 minute run I'd feel good, but hit a wall well before day's end.  24-48 hours later I'd be in pain.  It was just infrequent enough to risk injury, which occurred to me several times a year.

The Vivofit changed all that.  Inspired (or perhaps compelled) to reach that magic 10,000 steps a day number that's supposed to be so beneficial I was forced to run for 20 minutes nearly every weekday (in addition to climbing more stairs, taking a lunchtime walks, etc).  Forced, because without the daily run there is simply no other way for someone who's job and primary hobby has them sitting for 12 hours a day to make 10,000. 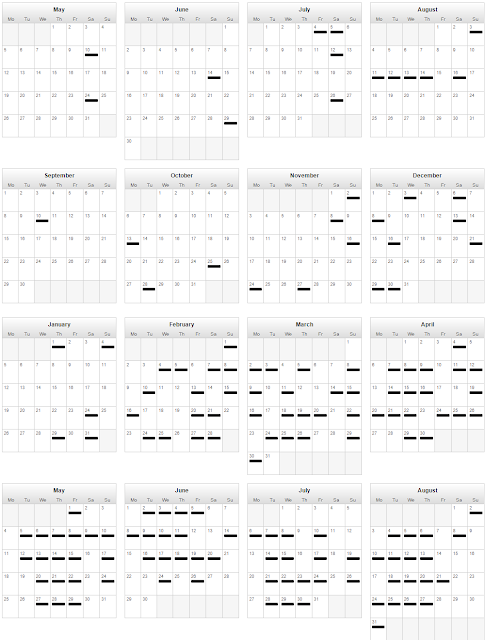 The difference between short, daily exercise and infrequent, intense exercise is dramatic.  My body started waking up early with ease, in anticipation of its daily run.  I felt more alert and quick at work.  I needed less sleep, presumably due to higher quality sleep.  And despite running more, I rarely got sore.  These benefits persist to today, and I haven't suffered an injury in over a year.

I've also lost weight (a good thing).  Below are my weights for the last year.  They may not appear dramatic, but keep in mind I got the Vivofit in January and I didn't change my diet.  I wasn't trying to lose weight.  The loss came naturally as my competitiveness and type A personality combined with the data I was getting from that little device.


p.s. my doctor says I should be in the low 170's.  I'll get around to trying to lose weight at some point.  Tomorrow sounds good.

If you're questioning the life-changing potential of a pedometer, you're absolutely right to.  My wife, whose personality is roughly the opposite of mine, got a Vivofit at about the same time and a year later she rarely wears hers.  But if you you're a programmer like me or just love data, you may find similar inspiration.

If a silly little $70 device can make such a big difference, imagine what $250 band with sensors out the wazoo can do. 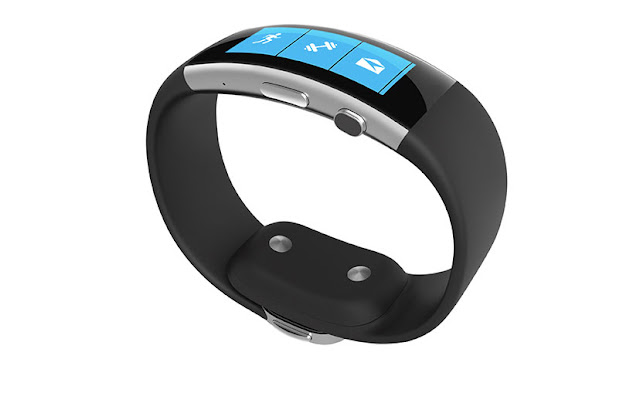 Unfortunately, my primary experience with the Band can be summed up as follows:

In economics and decision theory, loss aversion refers to people's tendency to strongly prefer avoiding losses than acquiring gains. Most studies suggest that losses are twice as powerful, psychologically, as gains.


Loss, what loss?  It turns out the Microsoft Band is a miserable pedometer.  Every single day it steals an average of 3,533 steps from me.  I know this because I wore both the Vivofit and Band for over a week.


* The 15th I mowed the lawn. The Band wouldn't track at all.  I put it in my pocket as suggested on the Microsoft Band forums, but then it seemed to double-count steps.  Sigh. 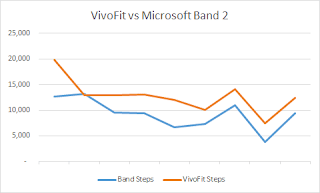 So why do I judge the Band inaccurate instead of the Vivofit?

Because I've watched as the Band fails to count steps while I'm not swinging my arms fully, or perhaps walking too slowly.  For instance if I'm carrying a coffee, looking at my phone, or slowly walking the sniffing dog while holding a morning paper (I know, what's that?), then it under counts.  It succeeds when my hands are in my pockets, but on numerous occasions I've seen it just zone out.  It certainly fails miserably when mowing the lawn.  There's even an extensive thread on missing steps on the Microsoft Band forums.

And how do I know that the Vivofit isn't over-counting?  Perhaps it does a little.  I have seen it give up a few steps while doing mundane things like washing my hands, but in general it grants nothing for driving, random arm movements, or trying to cheat (not that I'd do that).

Why does a little under counting even matter?  Because I am no longer consistently getting 10,000 steps with my 10,000+ steps worth of effort.  It means the same competitive part of my brain that was motivated to run daily feels it's being cheated.  It's stupid, I know, because I'm getting just as much exercise and being just as healthy.  But I simply don't feel as healthy if I fail to hit 10,000.  I've lost something: meaningless though it may be.  And it will take a substantial amount of of bells, whistles, and fancy sensors to compensate for my feeling of loss.  Fortunately, the band is excellent in about every other area.  I suppose it's enough to make up for my loss aversion.

While the Band isn't a great replacement for the Vivofit, it's an excellent replacement for the ForeRunner 405CX.  It tracks both outdoor, GPS-based runs, and indoor accelerometer-based treadmill runs accurately.  And if you're outdoors you don't even need to bring your phone, unlike certain Apple fitness products.


What makes me love the Band as a running device more than anything else is the Garmin's heart rate monitor stinks.  Literally. 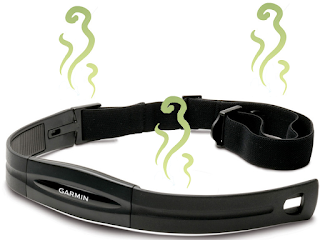 I love heart rate data.  It lets me know that I'm working too hard at the beginning of a run, or not hard enough in the middle.  But that strap.  It feels akward, it looks like a bra strap through a damp shirt, and no amount of washing seems to remove that stank.  Granted some of the newer ForeRunner's are strapless, but throwing away the ForeRunner 405 for the Band was an absolute pleasure thanks to the Band's in-watch optical heart rate monitor.

I've spilled too many words already.  Let me quickly cover everything else:

Alarm Clock
Love it.  Having an alarm clock that watches your heart rate and wakes you up to 30 minutes early based on your natural sleep cycles is very nice.  Even if you turn off the smart alarm, having a quiet alarm that doesn't wake your partner is an awesome feature.

Stopwatch / timer
Love it.  Having a timer that quietly vibrates when it time runs out is wonderful in general.  It's a particularly nice way to end meditation, or notify that your coffee's ready no matter where you are in the house.

Clasp
Love it.  I like the looks of the Band, but the clasp is particularly well designed.  The Vivofit would pop off my wrist about once a week.  The Band easily tightens or loosens with one hand, feels solid, and looks nice.

Step goal buzzer
Like.  The ability to set my own step goal (which you can't do with Vivofit) helps compensate for under-counting steps.  I just set my goal for 7,000 steps and pretend it's 10,000.  The watch vibrates when I hit my goal.  I feel a bit like pavlov's dog, but it's motivational nonetheless.

Stairs counter
Like.  Watching that number go up as you ascend stairs when you could have taken the elevator is kinda nice, particularly since walking up is harder but grants no additional steps.

Sleep monitor
Like.  Seeing the quality of my sleep immediately when I wake up helps me to link my actions during the day (caffeine intake) to sleep efficiency.

Workouts
Like.  Vibration alerts when it's time to switch from sprinting to jogging and back again during a pre-programmed interval workouts is nice.

Phone/e-mail integration
Like.  Seems like a gimmick until you catch an important call or e-mail that you might have missed while you were heads down coding up a storm with headphones on.  Fortunately, you can make it buzz for only a short VIP list.

Open Data
Like.  While Garmin makes it hard to access your data, Microsoft makes it easy.  Band allows you to sync to all three of the most popular mobile phones OS's and to easily share to a variety of popular sites like RunKeeper and to easily export all your data to CSV.

Microsoft Health App
Dislike.  The phone app works, but it barely show any data.  You have to view the Microsoft Health web site for that, and it isn't mobile friendly.  Fortunately the site is great if you aren't mobile.  It makes the mass of data easy to comprehend and navigate, unlike Garmin's.

Battery life
Sucks.  I knew going in that battery life would be miserable compared to the Vivofit's 1 year battery life.  The Band 2 can go 48 hours without a charge.  That's actually great for the form factor and capabilities, but I would be much happier if Microsoft could break the laws of physics and make it last a weekend.  Buy an extra charger for the office, you'll need it.

UV Sensor
Gimmick.  I'll apply sunscreen before going to the beach, thanks.

Is the Band the device for you?  Honestly I almost returned mine.  Pedomofail bothered me that much.  But I'm over it.  It's fairly consistent at least.  And unlike an Apple Watch, for instance, the Band has all the sensors it will ever need.  Theoretically it's only one firmware update away from being perfect.  As you read this, perhaps it already is.

But $350 isn't cheap.  If you don't know whether step data will motivate you: get a cheap Fitbit or Vivofit.  As for me, I'm actually growing to love the device, despite its shortcomings.  I think I'll keep it.

Version 2.3.11209.0 was just released.  It adds music controls and activity reminders.  Nice features, but sadly the step counter is still wrong.  Today I logged 12,672 steps on the VivoFit and 10,010 on the Band.  That's a 21% loss.  An improvement, perhaps, but still seriously lacking.